First of all, a big thank you to my readers for responding to my previous blog post with a great list of advanced graduate students, postdocs, and new assistant professors who are on the frontiers of higher education research and public engagement. I’m still taking nominations (self or other), and will run a piece on a new voice every week for as long as it takes to cover the entire list.

This is particularly timely, as Rick Hess of the American Enterprise Institute just released his annual Edu-Scholar Public Influence Rankings that attempt to highlight university faculty who share the same goals as Chris and the other scholars that I will highlight in this series. Five years from now, expect to see a number of these individuals on that list for the contributions to higher education policy discussions!

The first person I am pleased to highlight is Chris Marsicano (@ChrisMarsicano), a PhD student in the Department of Leadership and Policy Studies at Vanderbilt University. Chris is putting the finishing touches on his dissertation this spring, and he could not have chosen a more policy-relevant topic. He is examining the higher education lobbying process in Washington using both quantitative and qualitative methods (see more about his research here). This has come in handy as small items like tax reform and Higher Education Act reauthorization have percolated in the nation’s capital. 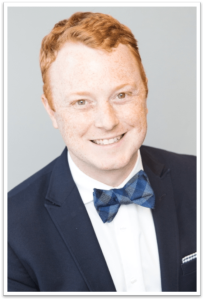 In addition to studying a policy-relevant topic, Chris has been able to project his research out to the general public through his blog and through writing for a broad audience. He used his lobbying experience to advise graduate students who opposed the proposed tax on tuition waivers in the tax bill, starting a Twitter thread that got over 5,000 retweets—and the attention of the Los Angeles Times. The newspaper asked him to write an opinion piece on the topic, which prominently ran in the print edition. That’s pretty darn unusual for a graduate student and highlights why Chris is a great person to lead off this series.

Error: Twitter did not respond. Please wait a few minutes and refresh this page.