The U.S. Department of Education released its annual report on the federal Pell Grant program this week, which is a treasure trove of information about the program’s finances and who is receiving grants. The most recent report includes data from the 2012-13 academic year, and I summarize the data and trends over the last two decades in this post. 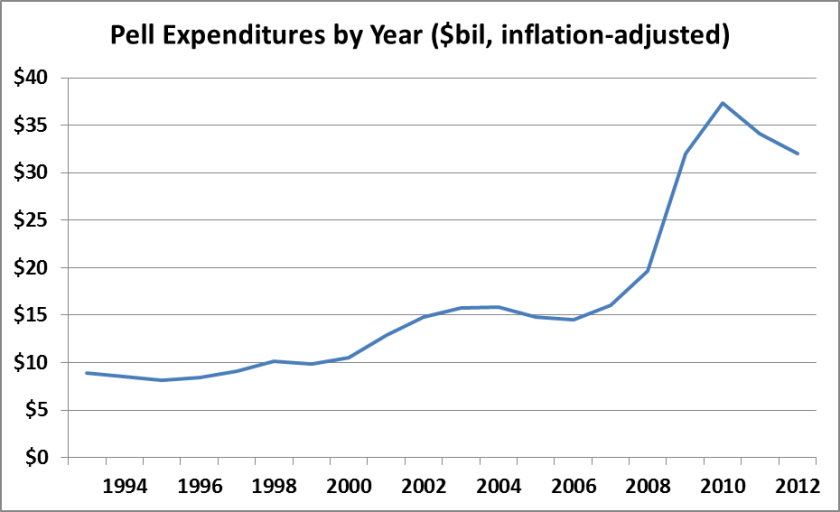 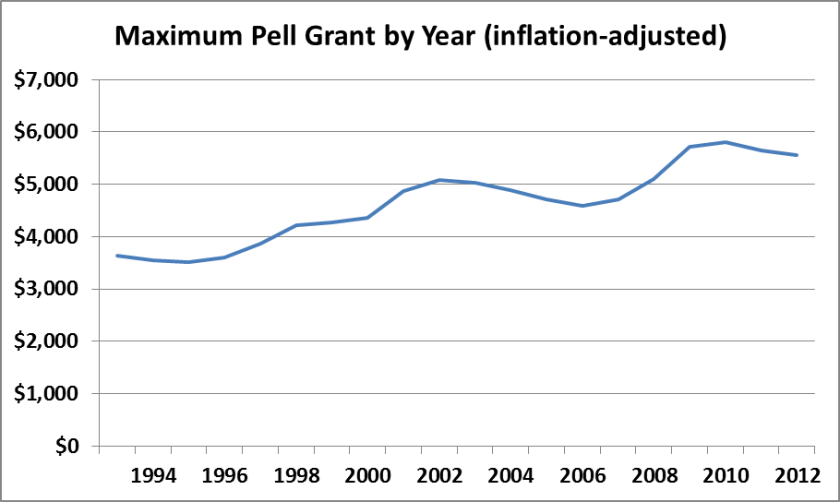 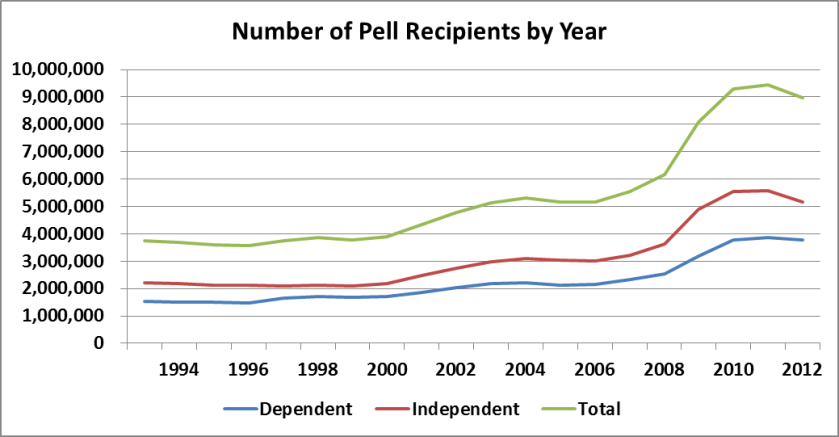 The number of students receiving a zero EFC (automatic or calculated) dropped by about 7% from 2011-12, or about 400,000 students, after more than doubling in the last six years. Part of this drop is likely due to students choosing a slowly recovering labor market over attending college.

UPDATE: Eric Best, co-author of “The Student Loan Mess,” asked me to put together a chart of the average Pell award by year after adjusting for inflation. Below is the chart, showing a drop of nearly $500 in the average inflation-adjusted Pell Grant in the last two years after a long increase.

I hope these charts are useful to show trends in Pell receipt and spending over time, and please let me know in the comments section if you would like to see any additional analyses.

2 thoughts on “Exploring Trends in Pell Grant Receipt and Expenditures”