I enjoyed reading this recent piece in the Chronicle of Higher Education that looked at the “ring by spring” pressures that students at some Christian colleges face to be engaged by graduation. I looked into factors affecting marriage rates across colleges in a blog post earlier this year and found a nearly six percentage point increase in marriage rates at religiously-affiliated colleges between ages 23 and 25 relative to public institutions, as shown in the figure below. 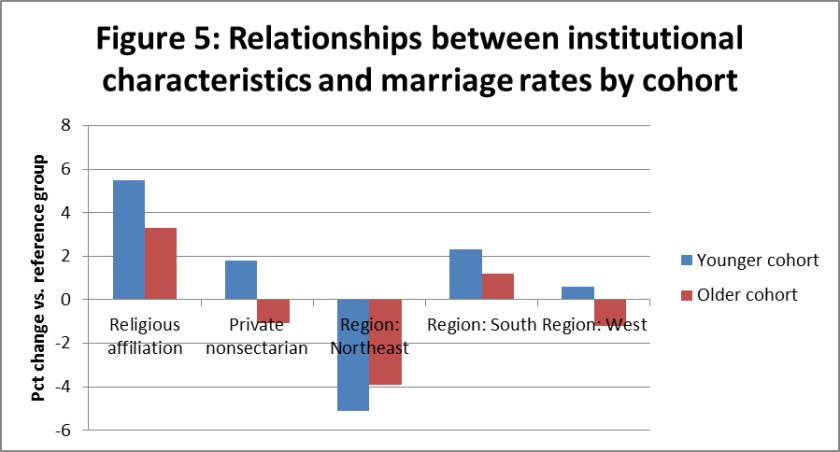 You can download the dataset here, and have fun exploring the data!

A special thanks to Carol Meinhart for catching a silly error in an earlier version of the dataset, where the two marriage rate column headings were switched. It has since been fixed.

One thought on “Downloadable Dataset of Marriage Rates by College”